Metaverse in China: Why does it matter ? 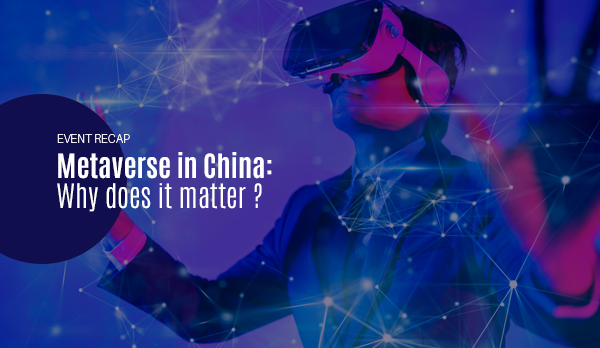 On May 25th, French Tech Beijing was invited by the Delegation of the European Union to China to host and moderate the webinar “Metaverse in China: why does it matter” .

Kendra Schaefer , director of Tech Policy at Trivium shared her expertise regarding policies in China, Yuquan Wang , Founding partner at Haiyin Capital introduced the technological requirements for the startups to succeed and Ines Ginon , Co-president at GL events Greater China illustrated how the metaverse is impacting the entertainment and event industry. 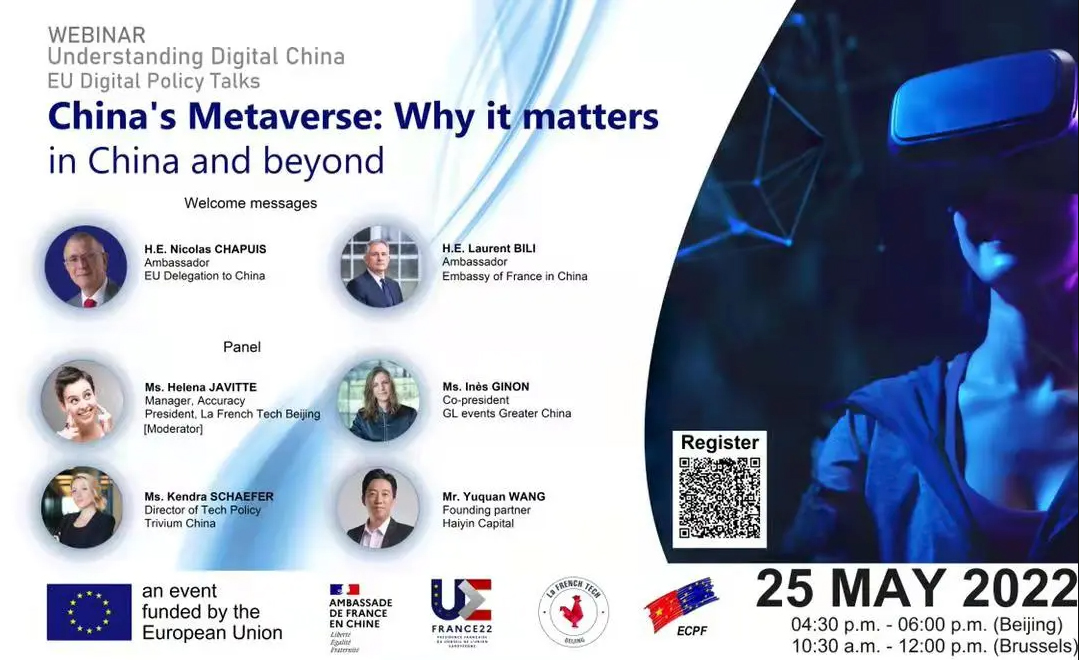 1.    How is China defining the metaverse?

2. Can the metaverse offer experiences that the offline world cannot?

3. What are the differences between China and the rest of the world regarding the metaverse?

4. What is standing in our way before we can live in a digital world?

5. What should metaverse keep players in mind? 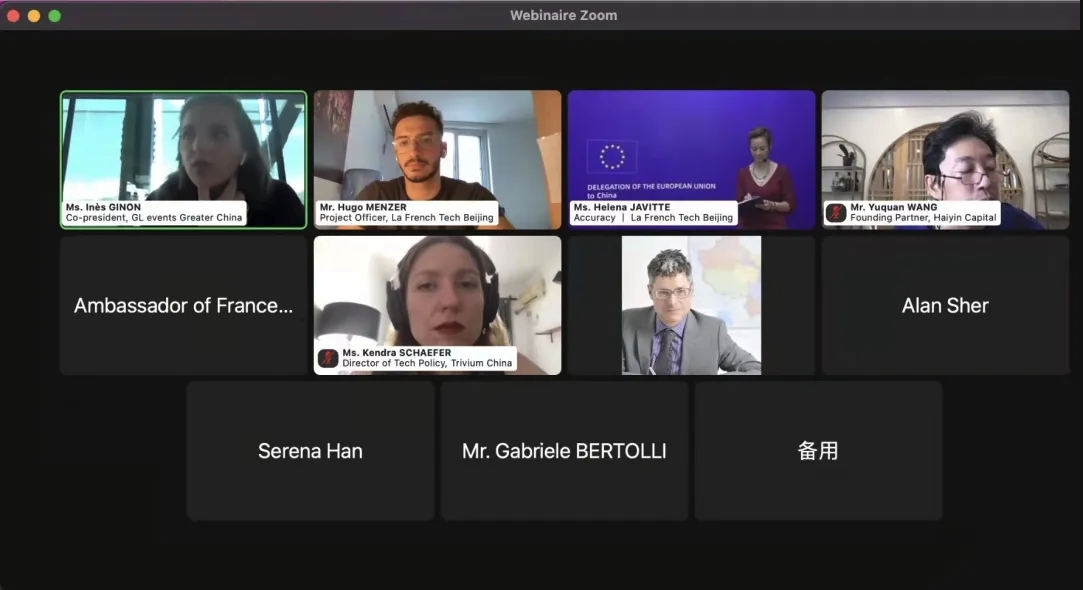 Kendra started by explaining China’s efforts to regulate the metaverse although it is not fully defined yet. China is definitely aware of the potential offered by the metaverse and notices the impact it will probably have on both society and politics , and therefore entered a pre-policy stage by setting up the , the first professional association in China that paints a very clear picture as to where China is at for their thinking. As a matter of fact, this association, that constantly invites new members from Several domains (gaming, academia, news, e-commerce , etc.), are placed under the leadership of the entity within NDRC in charge of New Infrastructure, meaning that the government is leadingChina Mobile Communication Association Metaverse Consensus Circle .

China is cautious about the risks of building an alternative universe as proven by the work of the China Institute of Contemporary International relations , a thinktank that directly reports to the Ministry of State Security, that outlined the national risks of the Metaverse 6 months ago.

The goal of China is clear: building standards in order to hold a leading role globally.

Yuquan continued by highlighting the benefits of the Metaverse from a business perspective. We are all familiar with the benefits of digital twins that allow to conduct simulations useful for city planning, urban management or virtual tours but Yuquan also emphasized on the benefits on testing laws and their impact on society. As China is particularly interested in the impact of the Metaverse from a governance aspect, this would make possible to simulate population behaviors responses. From a product perspective, since the Metaverse is the equivalent of an alternative digital universe, digital version of products can be created and easily tested and updated versus hardware and prototypes as it is currently done.

For the particular example of the entertainment industry, Ines insisted on how the industry is the first one being impacted since the first advantage of the metaverse is to bypass distance, going places you can’t go in real life, meeting people you wouldn’t meet otherwise and interacting with the product differently: during a car launch, it would now be possible for the participants to test the car virtually instead of simply looking at the car from a distance.

China vs the rest of the world

China and the West are actually approaching the Metaverse from different and complementary perspectives. Yuquan explained that the West is more focusing on developing the infrastructure necessary for the metaverse to operate seamlessly such as building solutions to make sure that data is protected while China is curious to explore more concrete business applications. Yuquan believes it would be ideal if for this reason China and the West could collaborate to build on their complementarity.

As a VC investing in technologies, Yuquan is looking at the conditions necessary for startups to be profitable. He believes that for now, technology needs more time to be fully mature and metaverse startups looking to become profitable are likely to need to rely on investors first in order to last. Technology-wise, besides struggling with the amount of data that will be generated (voice data, biometric information, personal information, data transfer, etc.), the challenge will be to work with standards and formats that aren’ t unified. If there is no common standards, this will lead to isolated universes where content or items cannot be shared seamlessly.Think for instance of designers working in China on the digital twin of a car to design it together, meeting on the metaverse to work together as if they were in the same space. Then, they decided to put that digital prototype onto the metaverse platform of an event organizer for the car launch whose metaverse is relying on a cloud in Paris. Without any unified standards, it could be difficult to bring the digital version of the car to the western metaverse , thus losing the benefits of having built a digital car.

What players should keep in mind ?

Yuquan reassured the audience regarding general public worry: it is normal to be worried about something unknown and happens every time a new technology is being developed with new use cases. He shared the example of the general worry of trusting buying something online instead of buying it at a store. People used to be concerned about being cheated and not receiving high quality products but overall, rules have been created to protect users. Besides, he reminded us that you also aren’t sure if what you buy at the store is of good quality or not! More seriously, Yuquan emphasized the question of who owns the data and how to use the data. He believes that as users will be sharing more and more data,they should be informed of the value generated from sharing their personal data which includes not only personal information but also their online behavior. Instead of sharing this data for free, they should then be able to refuse sharing it or being remunerated for it.

Kendra insisted that, for now, players should keep in mind that it is still unclear what regulatory consequences the metaverse will entail and which direction it will take, many questions remaining open. She did recommend to look sector by sector as each of them will showcase specific characteristics. Once the Chinese metaverse is more clearly defined by policy makers, it will be interesting to see which areas will be encouraged with fundings and projects pushed by the Government, but this should happen only in 5 to 10 years from now.

Ines, as the Co-president of GL events Greater China, invited all players in the Metaverse to join their World Metaverse Expo in November 21-25 , that will bring together all players with the intention to bridge offer and demand. They expect about 200 exhibitors that will be brought together thanks to the support of Baidu platform “XiRang”.